The term slan shack, a tongue-in-cheek reference to the “Fans are slans” attitude, came to mean any residence shared by two or more unrelated fans. An earlier name was science-fiction house, which applied to shared apartments of some early London and New York fans, attempting to economize while seeking a pro career.

Slan shack applies not only to roommate situations but also to rooming houses and apartment buildings with a high level of of fan tenancy. 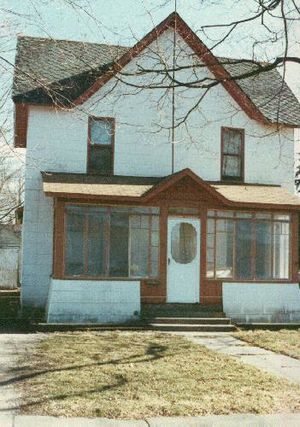 From “Thoughts While Thinking” by Bob Tucker, Centauri 4 (Summer 1945):

Their L.A. abode was also called “The Slan Shack,” but wasn’t nearly as visited or famous. It broke up when the building was torn down in March 1948 to make room for an office building.