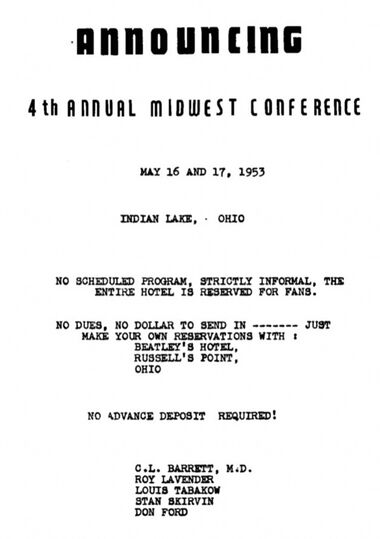 It was an eventful weekend. This was the last Midwestcon held at Beastley's on the Bayou for a number of reasons: 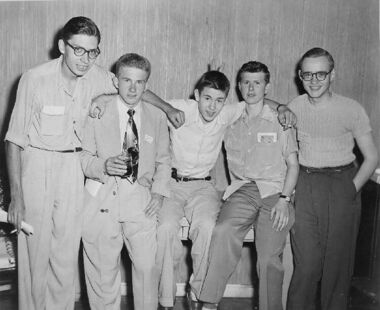 Philip José Farmer was more explicit in “The Man Who Came for Christmas” (The Best of Randall Garrett, 1982, Robert Silverberg, ed.). The Farmers were sharing a room with Garrett and his then wife, who were supposedly trying to reconcile after a separation. It evidently didn’t go well, since the 5-foot, 90-pound Beverly Garrett knocked down her 6-foot, 190-pound husband after finding somebody else’s lace panties in his jacket pocket. Garrett got up and went off, and after a while, Farmer went looking for him.

The hoteliers were called and Garrett told them off, too. They broke down the door, and Mrs. Beatley’s son slugged Garrett in the eye, but the couple got away. 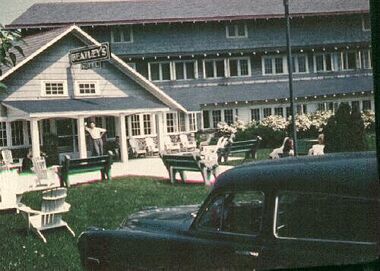 Tucker wrote about the con in a one-shot, Indian Lake....There I Went. He gave further details of the hotel move in his Midwestcon 5 conrep; see Beatley's.

He published this account, as well, in Science Fiction Newsletter 29 (Summer 1953):