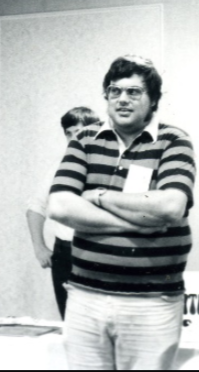 A popular and talented Detroit-area fanartist in the 1970s, Randy Bathurst was an avid and prolific cartoonist, always sketching.

He drew art for numerous fanzines, as well as Mike Resnick's Unauthorized Autobiographies and Other Curiosities, and worked in other media, such as sculpture, as well. Randy created the bheer can cranking a mimeograph on top of the original FAAn Awards, as well as fannish chess sets and stained-glass works. He drew the artwork for ConFusion's first t-shirt, an upside-down cartoon alien pointing downward with a word balloon saying, "Up, I hope" and the caption, "ConFusion is a Way of Life."

He hung out with both Detroit and Ann Arbor fans and belonged to the Wayne Third Foundation and the Stilyagi Air Corps.

Randy had a marvelous sense of humor and was always ready to clown. He appeared as one of four "Secret Masters of Fandom" at the ConFusion precursor, A2 Relax Icon, with Mike Glicksohn, Rusty Hevelin and Ro Nagey, all four wearing nothing but red bath towels around their waists and paper bags over their heads. On another fannish occasion, the hefty Bathurst, a founding member of Big Fandom, flipped up his shirt to reveal painted his large stomach bright orange and lettered the word "Sunkist" above his navel. He also featured in the Larry Tucker video Big Bird Eats Moon belly bumping with Ross Pavlac. Randy helped to write the script for Larry's video Faans. 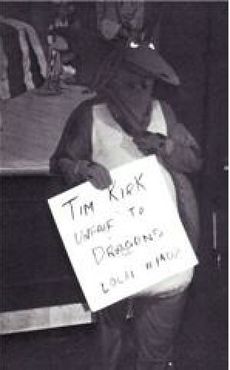 Randy Bathurst sends up Tim Kirk at the Torcon 2 masquerade, 1973.

He won the costume competition and cracked up the audience at the Torcon 2 masquerade in 1974, dressed as a green dragon carrying a sign reading, "Tim Kirk unfair to dragons," and a photo of him with Glicksohn appeared in Swank magazine.

His friends were all certain that Randy was headed for a successful career as a cartoonist, not to mention Hugo Awards, but he was fafiated after his marriage to a mundane woman around 1980, after which he became a florist in her family's firm, was cut off from all contact with fan friends and stopped drawing. He gave his final stfnal sketchbook to Leah Zeldes as a wedding present after she tracked him down under the pretext of needing flowers for her 1985 nuptials with Dick Smith. Fandom was shocked to learn of Randy's 2009 death in a Newsweek article about cut-rate cremations. 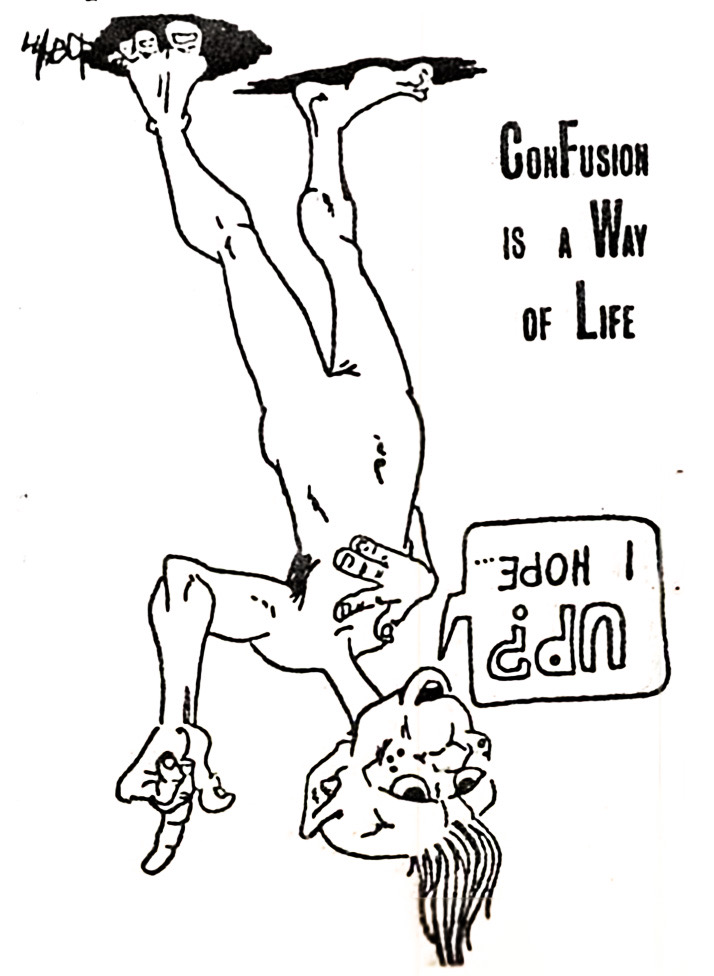 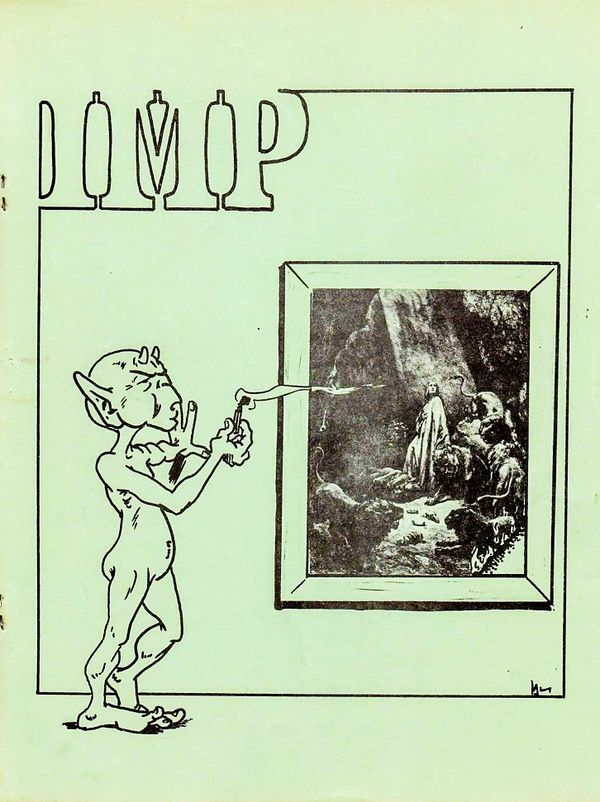