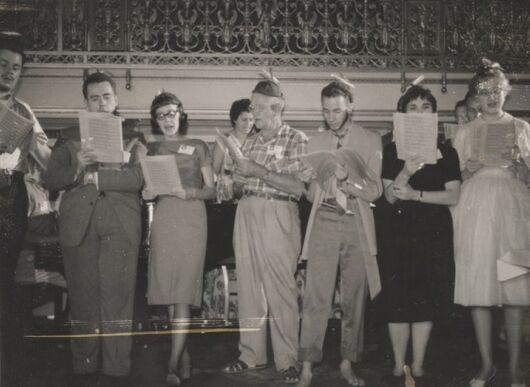 Pittcon, the 18th Worldcon, and third in Pennsylvania, was held September 3–5, 1960, at the Pittsburgh Penn-Sheraton Hotel (commonly called the William Penn Hotel, now called the Omni William Penn). The GoH was James Blish. Isaac Asimov was Toastmaster, and it was chaired by Dirce Archer.

The bidders in the 1960 Worldcon Site Selection were: Chicago in '60, DC in 1960, Philadelphia in 1960, and Pittsburgh in '60. The Pittsburgh bid beat the DC bid in a vote at the WSFS Business Meeting at Detention.

The Pittcon Business Meeting limited Hugo nominations to members of the Worldcon due to an attempt to stuff the ballot. (See 1959 Hugos for details.)

Carl Brandon's 1958 fannish play The Purple Pastures and James O'Meara’s fannish musical, Requiem for a Fake Fan, were presented by a joint group from LASFS and CHIAC. The 1960 Hugos Banquet featured entertainment from a group of singers, including Doc Smith.

Hal Shapiro published the STF and FSY Songbook and distributed it at Pittcon. This was the first filk songbook distributed in connection with a convention.

The Hugo Award Ceremony was held in the 17th floor ballroom of the hotel. In May 1977, the wedding reception for Brenda W. Clough and Larry Clough took place at the same location. Scenes for at least two movies (the banquet scene for Foxcatcher (2014) and the medical convention scene for Concussion (2015)) were shot in this ballroom.