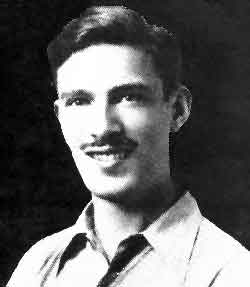 Isaac Asimov (sometimes, to his displeasure, called Ike) was an early fan and a famous pro.

Beginning as a reader of the pulps -- his father gave him the first issue of Science Wonder Stories at age 9 -- he was soon letterhacking. Isaac Asenion, a misspelling of his name in the prozine letter columns when he was an unknown fan with a strange name might count as a penname. (Paul French was an actual pseudonym Asimov used for the Lucky Starr series of YA novels.)

I. Asimov, his autobiography, won the 1995 Best Non-Fiction Book Hugo. 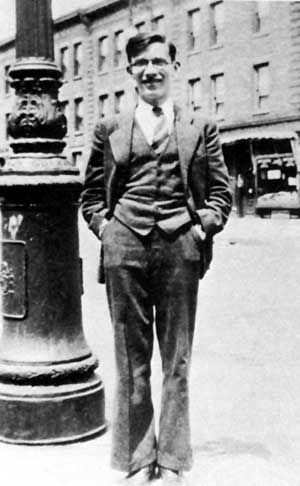 He was introduced to fandom by Jack Robins and became a member of the Futurians, but was a bit too young to take part in their ferocious politics. He attended the First Worldcon, but was not active enough in the Futurians to be excluded. (See Exclusion Act.)

While living in Boston, he was a member of NESFA. (He was fannish enough to figure in the story of a certain fan-turned-pro's visit to a NESFA meeting where IM, the clubzine, was being collated. The neopro, asked to help collate, loftily replied that as a pro he no longer did such things. Just then, Ben Bova came out from another room and said, "Do you have any more page 6? Isaac and I are out.")

He spoke fluent limerick and was easily able to extemporize. He was Worldcon toastmaster at Pittcon, Detention, Tricon, Discon and Philcon II. He was afraid of flying, which greatly limited his travel.

The start of Asimov's writing career was part of the Golden Age of Astounding inaugurated by John W. Campbell and during the 1940s, Asimov wrote some of his most famous short fiction, including the original Foundation and Robot stories, including publishing the Three Laws of Robotics. In the ’50s, he turned to novels and then mostly to non-fiction. He was a long-time science columnist in F&SF.

During his lifetime, he wrote over 500 books and many tens of thousands of letters and postcards.

He was a member of the Trap Door Spiders, and the discoverer of Thiotimoline. He gave his name to Isaac Asimov's Science Fiction Magazine and helped to guide its early years. 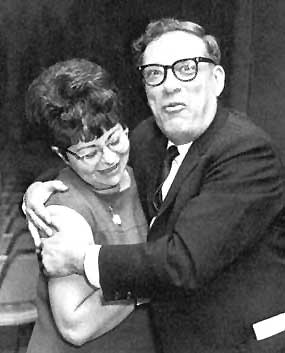 Gertrude and Isaac. Photo by Jay Kay Klein, from the collection of Frederik Pohl.

Asimov wrote three autobiographies: In Memory Yet Green, In Joy Still Felt -- The Autobiography of Isaac Asimov, 1954–1978, and I. Asimov. The first two are detailed accounts of his life, while the last is an engaging series of small essays on people and things that mattered to him.

Under the not very secret pseudonym "Dr. A.," Asimov wrote The Sensuous Dirty Old Man; it was meant as a joke, but many femmefen could attest to Asimov's wandering hands and blatant propositions. His lifelong friend Fred Pohl recalled:

On meeting an attractive woman — one who was not obviously the Most Significant Other of some male friend — he was inclined to touch her … not immediately on any Off Limits part of her anatomy but in a fairly fondling way. (When I called him on it once, he said, "It's like the old saying. You get slapped a lot, but you get laid a lot, too.")

Asimov was born in Petrovichi, Russia, on an unknown date between October 4, 1919, and January 2, 1920. He celebrated his birthday on January 2. He emigrated to New York as a young child. He got a Ph.D. in Biochemistry and became a professor at Boston University. He had hoped to be a doctor, but could not get admitted to medical school because of antisemitism.

Collected in the fix-up I, Robot.

According to Asimov, he did not originate the Laws, but was given them by John W. Campbell, who said: "Go and write stories based on this!". He did coin the term robotics, though, in his May 1941 Astounding story, “Liar!” Although foreshadowed in this story, the “Three Laws” were first spelled out in “Runaround” (Astounding, March 1942).

The Foundation series, of which the trilogy is the main part and the first to be written, was written over a span of 44 years. The series consists of seven volumes that are closely linked to each other, although they can be read separately.

The series is highly acclaimed. It has had a wide influence in fandom (probably only exceeded by The Lord of the Rings and E. E. Smith’s Lensman series) with many clubs and fanzines being named from it: