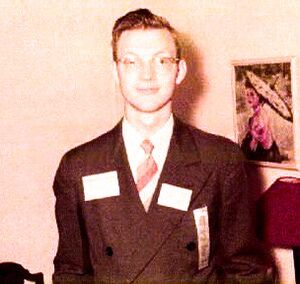 Part of the Cry Crowd, he was co-editor of Cry of the Nameless when it won the 1960 Best Fanzine Hugo. (It was also nominated in 1959 and 1962.) He was a charter member of the Nameless Ones and held various offices, including president. He was an officer of The Seattle Science Fiction Club, Inc. and worked on Westercon 12 in 1959. He was a member of SAPS and N3F.

Wally lived in Seattle till mid-1964, when he was moved by his employer to Huntsville, AL, where he was a member of ALA-APA. He later moved back to Washington State. He married Patricia Priest in 1970, and they had two daughters, Timatha (b. 1975) and Siobhan.

The Webers were still contributing to SAPS as of 2021. 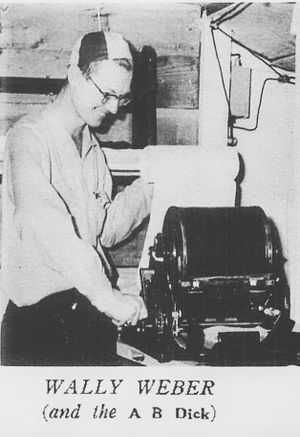