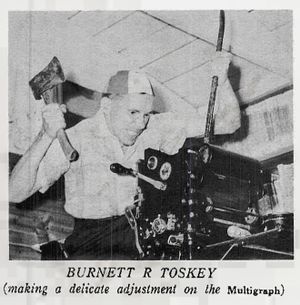 He was burlesqued in The Musquite Kid Rides Again in 1960.

His work on Cry of the Nameless won the 1960 Best Fanzine Hugo.

He is the author of several stfnal books for young adults, including Parsnips and Prune Juice (1993), as well as the nonfiction works College Algebra: A Modern Approach (1962) and Concertos for Violin and Viola: A Comprehensive Encyclopedia (1983). He received his Ph.D. in mathematics from the University of Washington in 1959.