An unsuccessful bid for the 1982 Worldcon using the Detroit Plaza Hotel in the Detroit Renaissance Center. There were three different groups vying to create the bid. The one that actually made it to the ballot was chaired by Rusty Hevelin. Other bidcom members included Sid Altus, Howard DeVore, Bill Bowers, Leah Zeldes, Roger Sims, and Lou Tabakow. (Zeldes was part of all three.)

A highlight of the campaign was the legendary "balloon hit", a prank in which competing Chicagoans sneaked into Rusty Hevelin's hotel room before the vote and filled it wall-to-wall and floor-to-ceiling with inflated balloons.

The vote was won by Chicago in 1982, which, in an unprecedented escalation of bidding expenditure, outspent Detroit by four or five times, and — the lowlight of the campaign — published advertisements comparing the city of Detroit to the Nazi concentration camp in Dachau (more than half the Detroit bidders were Jewish). 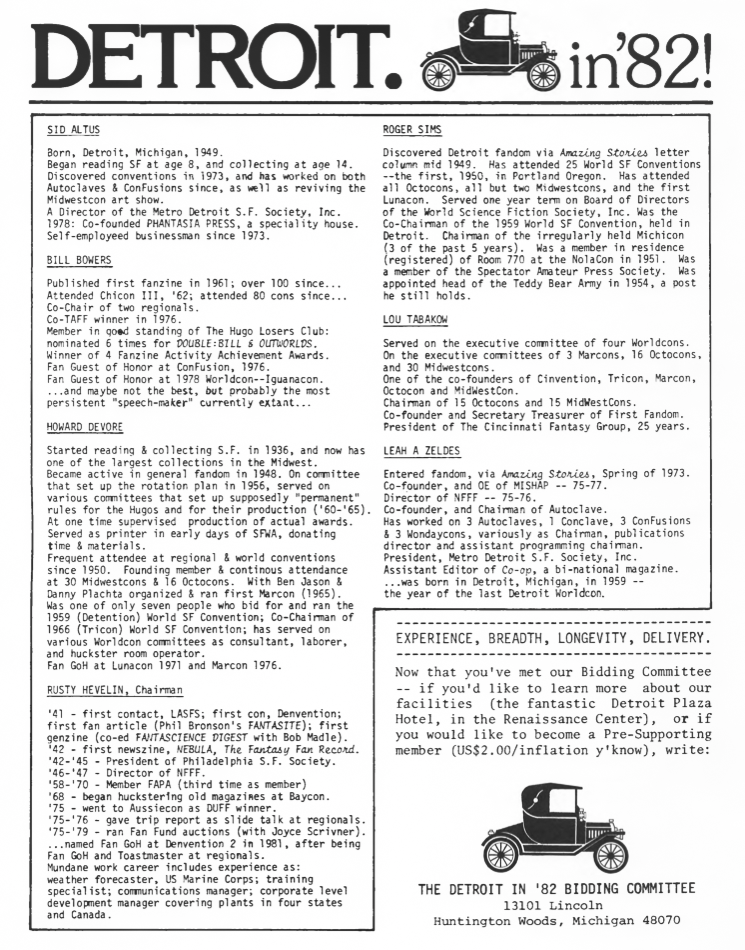