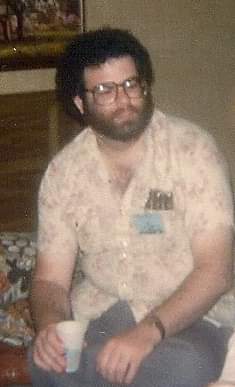 Detroit native and fan Sidney Altus became active in 1973, having begun reading sf at age 8 and collecting at 14. In the ’70s and ’80s, he was an avid collector of sf art and videotapes, a poker player, a habituate of such conventions as Midwestcon and ConFusion and a pal of Lou Tabakow, Bill Cavin and other CFG members. He belonged to the Stilyagi Air Corps.

In the 1970s and ’80s, he hosted a series of weekend-long house parties called Sidcon, drawing a number of traveling jiants, and showing movies on his big-screen projection TV (at a time when those were rare). Among other films, he showed Rocky Horror Picture Show well before it had developed a following. Sid also arranged for a number of Detroit fen to attend an advance screening of Star Wars.

Sid was a member of the Detroit in '82 Worldcon bid. He worked on AutoClave and ConFusion, and ran a brief revival of art shows at Midwestcon.

He and Alex Berman co-founded a small press, Phantasia Press, which published high-end limited editions of hardcover sf aimed at the collectors' market. Phantasia books would typically appear as first editions, just before the work was published in a much larger edition brought out out by a larger publisher. Most of the original art from their cover paintings wound up on Sid's walls.

In mundania, Sid was co-owner and manager of a pair of army-navy surplus stores. A teenaged Leah Zeldes was one of his employees. 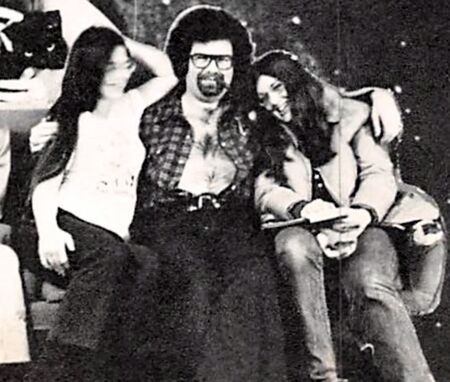 Sid Altus and friends, 1977. Photo by Larry Tucker from the ConFusion 14 PB.

In the 1980s, he married a mundane, was fafiated and forced to sell off much of his collection. He had one daughter, Shana. After his divorce, Sid became a revenant to a limited extent, but ill health kept him from returning to traveling fandom. He recovered after a kidney transplant but was not able to attend cons. He died of heart failure.