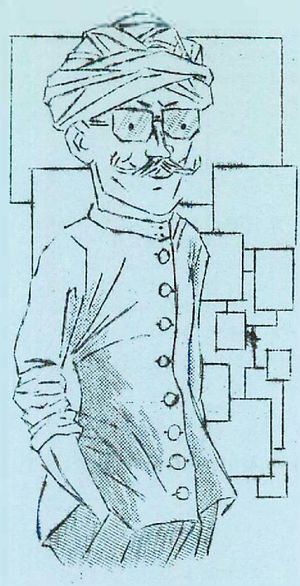 John Roles. Art by Eddie Jones from Waldo No. 1.

John Roles, a Liverpool fan, was a secondhand bookseller, antiquarian and collector. He was a member of the Liverpool Group (and served as Secretary for many years).

Roles was OE of OMPA. He was a Knight of St. Fantony. He published Space Diversions (including Xmas Greetings from the 'Space Divers') for the Liverpool Group, and Morph (for OMPA).

He tried to introduce the use of soda siphons in lieu of water pistols at the SuperManCon, but was quelled.