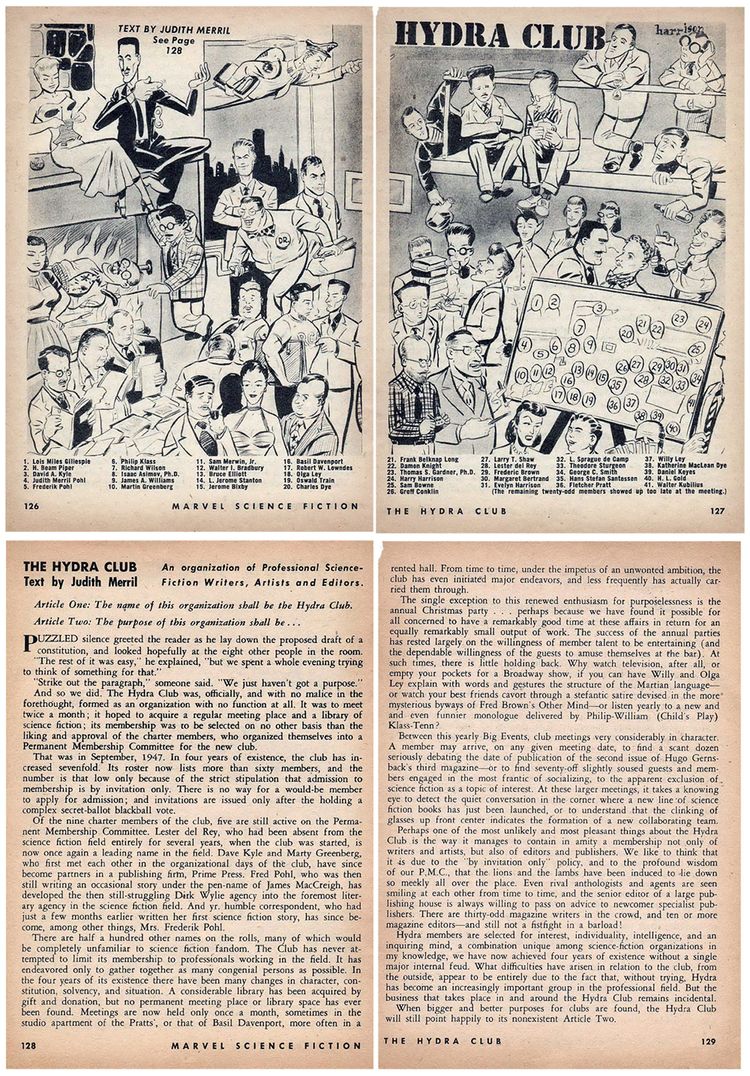 The Hydra Club organized Hydracon in 1950 and in conjunction with the ESFA, put on the 1959 Eastern Science Fiction Conference. One of its projects was the stillborn Fantasy Writers Group, something of an intellectual predecessor to SFWA. The Hydra Club seems to have become less active in the early ’60s, but existed until at least 1971.

Its official organ, the Hydra Club Bulletin, was edited by L. Jerome Stanton and Larry T. Shaw. There may have been only one issue. Stanton was the club’s Chief Operations Officer.

An old press release says, "The Hydra Club was founded in 1947. A New York club, it was founded in Philadelphia, at that year's Worldcon, when Lester del Rey said to Frederik Pohl, talking about spending time with fellow sf people, a novelty, since the recently ended war had broken up established sf groups, "This was fun. We ought to do it more often." Back in New York, they did. They each rounded up some friends — totaling nine in all, which accounts for the name, which was borrowed from that of a legendary Greek monster with nine heads — and the club was formed."