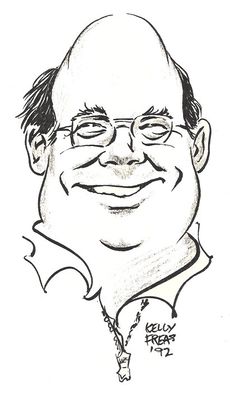 In 1969, California native Guy H. Lillian III turned up in New Orleans fandom from Berkeley, CA, where he had been a member of the Little Men club. He has been married to fellow fan Rose-Marie Lillian (née Green) since 2001; they live in Merritt Island, Florida.

With Rosy, he won DUFF in 2003 and published The Antipodal Route, their DUFF trip report.

He served as editor of NOSFAn as well as joined SFPA (of which he served as OE). He has had a long history in many of the local groups and individually over the years including on the staff of NOLAcon II, Halfacon 1975 chair, and editor of Challenger, a multi-Hugo-nominated fanzine.

In mundane life, he was a lawyer, for many years a public defender in Louisiana. Since moving to Florida, he has been an adjunct instructor of English at Eastern Florida State College. 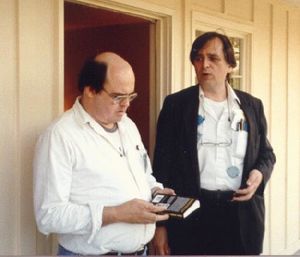 Guy Lillian, left, and George Wells at DeepSouthCon 30 in 1992. Photo by Ned Brooks.