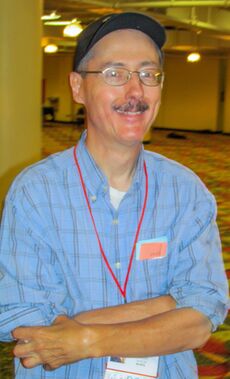 Cyrus R. Chauvin is a fan and critic, who discovered fandom in 1969 after reading John D. Berry's “The Club House” column in Amazing. He was active in Detroit fandom from the 1960s, a member of the Wayne Third Foundation and an editor of its clubzine Seldon's Plan (1969–1985). He became active as a reviewer and commentator at about the same time, and later edited two books of sf criticism.

He invited Leah Zeldes to join the W3F after reading a letter of hers in Amazing, and was one of her primary fannish mentors. He was a member (and OE) of MiSHAP and APA-50.

In the 1970s, Cy was a regular congoer, and he continues to attend local cons and Worldcons. He worked on AutoClave.

He publishes A Few Green Leaves for Stipple-APA. 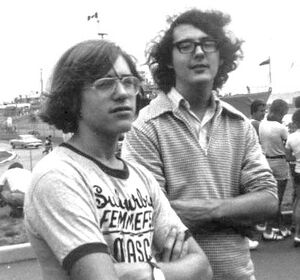