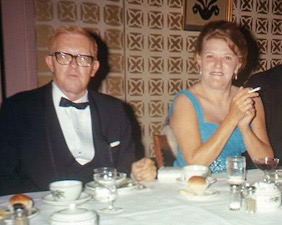 Born in New Mexico and later living in San Diego and the Bay Area, Alva C. Rogers was a West Coast fan, artist, author of A Requiem for Astounding. He was nominated for a Retro Hugo for Best Fan Artist in 1996. He co-chaired the 1968 Worldcon, Baycon.

His FGoH speech "Fandom As A Way of Life?" at the 1962 Westercon is a classic and has been published. With Dick Eney, he reprinted Francis Towner Laney's Ah! Sweet Idiocy! for OMPA. He published Parnassus with Art Saha and James Kepner. He published Bixel and Bixeltype for OMPA (the latter with Dick Eney).

He was a member of LASFS and the Little Men (having served in several offices in both) as well as in the Golden Gate Futurians. He was one of the leaders of the unsuccessful Burlingame in '66 and Burlingame in '67 Westercon bids and was one of the key players in San Francisco in '64 (which brought Pacificon II to the Bay Area.)

After he caught pederast Walter Breen in his son’s bedroom, Rogers, a committee member of the 1964 Worldcon, Pacificon II, became one of the key players in the Breendoggle that resulted in banning Breen from the convention.

After Sidonie’s death, in the late ’70s, Alva married Andi Shechter, who was 30 years his junior. 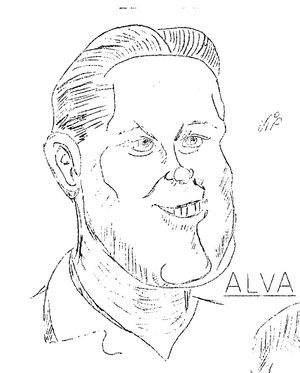