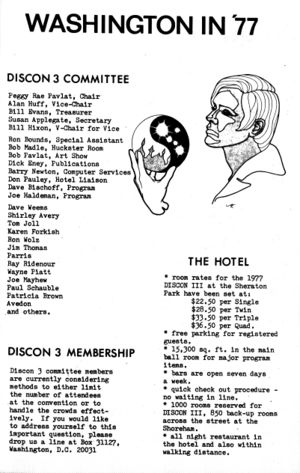 A bid to host the 1977 Worldcon at the Sheraton Park Hotel in Washington, DC. It would have been called Discon III if it had won.