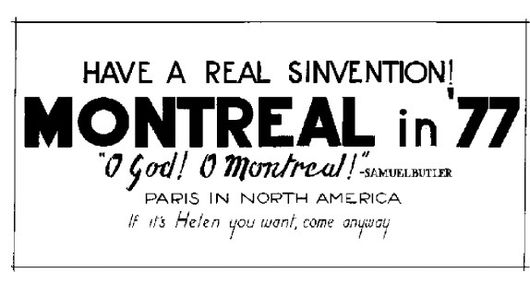 There were two Montreal in ’77 Worldcon bids. The first, presumably not serious, was launched in the 1940s. Promotions included an ad in the Cinvention Program Book.

The other was a real bid to hold the 1977 Worldcon at the Queen Elizabeth Hotel in Montreal, Canada (with overflow in the Place Bonaventure). It withdrew before filing and consequently was not on the ballot. It was chaired by Bruce Robbins, and Andy Porter was one of its major supporters.

It promised a convention with about half the programming in French.