The March of Slime 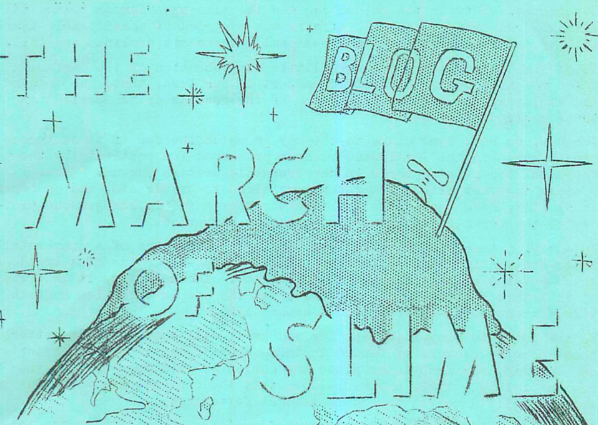 Art by ATom from Triode 4.

“The March of Slime” was a half-hour-long taped faan fiction play (or, tapera) first presented in 1955 at Kettering by the Liverpool Group’s MaD Productions. It’s notable as introducing fandom to that essential libation, Blog, its fictional sponsor.