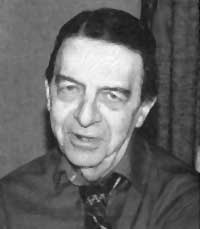 Born in 1922 in Chambersburg, Pa. to Harry Backer Warner, Sr. and his wife Margaret Caroline Klipp, Harry Warner, Jr. lived in Hagerstown, Maryland, most of his life. Health problems had forced him to drop out of Hagerstown High School by the 10th grade, but he was an accomplished and literate autodidact. He taught himself seven foreign languages well enough to translate letters from overseas during World War II.