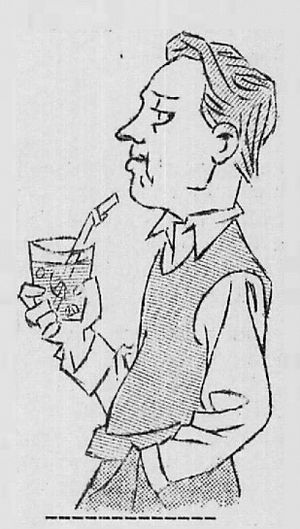 Stan Nuttall. Art by Eddie Jones from Waldo No. 1.

Harold Stanley “Stan” Nuttall, a Liverpool fan, was a member (and ex-Chairman) of the Liverpool Science Fiction Society, and wrote for the clubzine Space Diversions. He acted in several MaD Productions movies.

He was half the Hurstmonceaux and Faversham writing team behind the Harrison stories, with John Owen.

He was made a Knight of St. Fantony at Cytricon III in 1957. He married fellow fan Marjorie Denton on September 9, 1961.