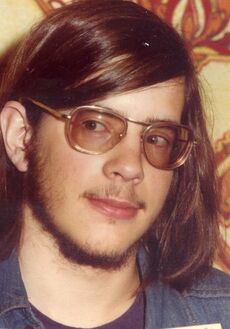 Simon Agree was a teen-aged fan active in the 1970s. He was a member of Apa-50. He did some fan art, which one of his publishers, Mike Glyer, described in Scientifriction 4 (January 1976, p. 68) as “lacks Townley's sophistication.”