According to Bert Campbell in a loc to Hyphen 5 (November 1953), about efforts to create TAFF, this fan fund was not a big success:

Apparently unaware of Yano’s contributions to sf, faned Walt Willis, recipient of the WAW With the Crew in '52 fund, replied: 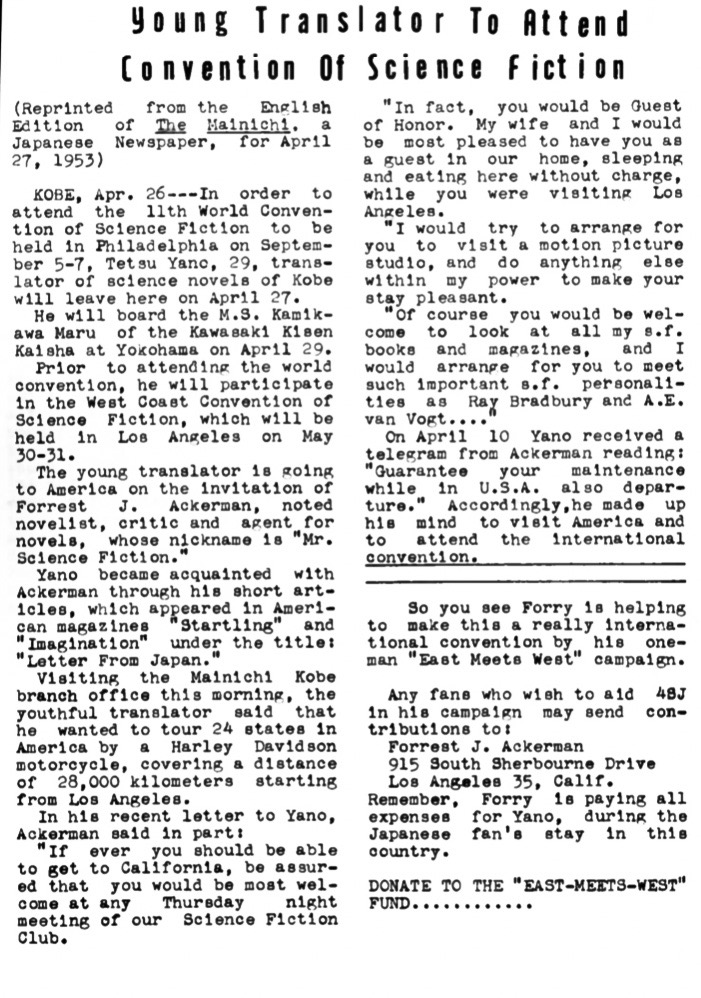