St. Louiscon, the 27th Worldcon and first in Missouri (which also served as Ozarkon IV), was held August 28–September 1, 1969, at the Chase-Park Plaza in St. Louis. GoH: Jack Gaughan, FGoH: Eddie Jones. Jones, the 1969 TAFF Race winner, replaced Ted White, who withdrew as Fan Guest to dramatize the Trans Atlantic Fan Fund winner. Harlan Ellison was Toastmaster. It was co-chaired by Ray and Joyce Fisher and sponsored by the Ozark Science Fiction Association. 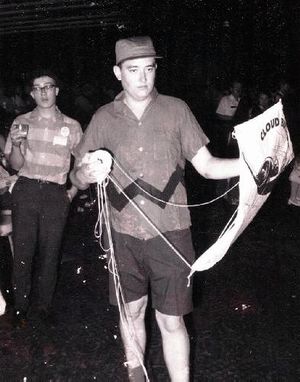 St. Louiscon, incidentally, was the first Worldcon to have all-night movies.