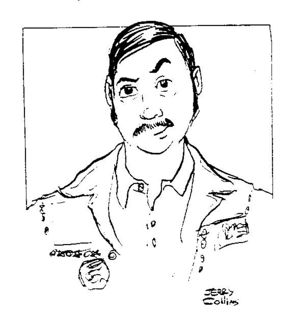 Meade Frierson III was a fan who was one of the founders of the Southern Fandom Confederation and served as its president from 1970 to 1983. He published the major one-shot fanzine HPL as well as Science Fiction on Radio: A Revised Look at 1950-1975. He was married to fellow fan Penny Frierson.

He also founded (and was Great Dictator of) APA-VCR in 1978.