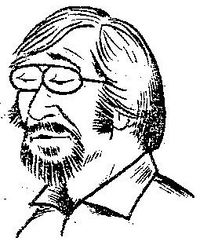 Reinhardt was a long-time mainstay in Southern fandom -- he helped establish ASFO, the earliest science fiction club in Atlanta, in 1950. He was known for his knowledge of weapons and fighting styles, and he was a cofounder of the mail order business Museum Replicas, Ltd. In 1967, he introduced the SCA to Southern fandom and he won the Rebel Award in 1973 and the Rubble Award in 1997. He was a member of Myriad. He was married to Baen Books publisher Toni Weisskopf.