Ditto 14, combined with FanHistoriCon 11, was held October 12–14, 2001, at Jumer's Chateau in Bloomington, IL, a location selected for its proximity to Bob Tucker's home to enable his attendance. It was organized by Dick and Leah Smith with help from Tucker; his wife, Fern; and Henry and Letha Welch.

The FanHistoriCon Guest Speaker, Jack Speer, was brought to the convention by the Don Ford Fund. Events included an auction and the Ditto fanhistory trivia game.

First Fandom was also represented by Forrest Ackerman, who nearly didn't make it because his travel agent had erroneously booked his flight to Bloomington, Indiana, rather than Bloomington, Illinois. Fortunately, the Smiths discovered the error in time to make arrangements for Forry to fly to Chicago, where Tom Veal made sure he made connections to get to the right Bloomington.

Neil Rest also had trouble with transportation to the con, which was held amid the heightened security in the aftermath of 9/11, when trains and bus companies suddenly began demanding photo IDs. A nondriver, Neil had no such identification. Ultimately, the Smiths found Neil a college shuttle service from O'Hare Airport that didn't require it, and he got a ride home with Steven H Silver.

Publications, edited by Leah, were called Spirits of Things Past, and included the Contact! fanthology; most are online. 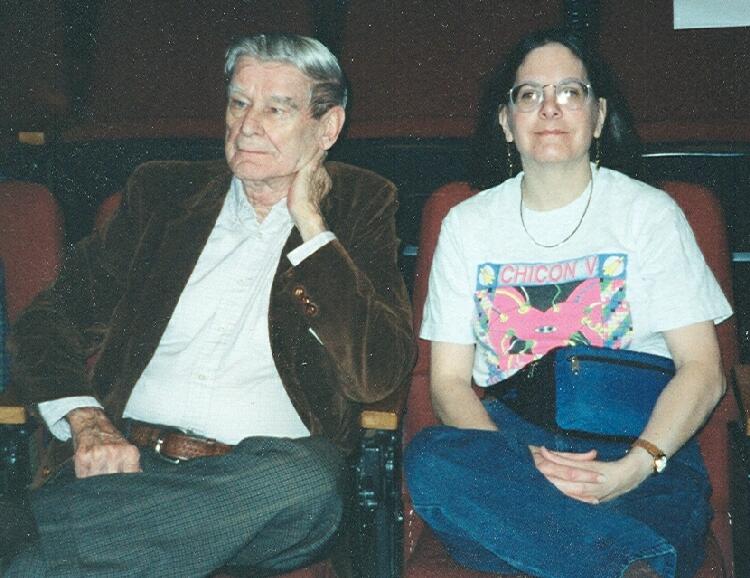