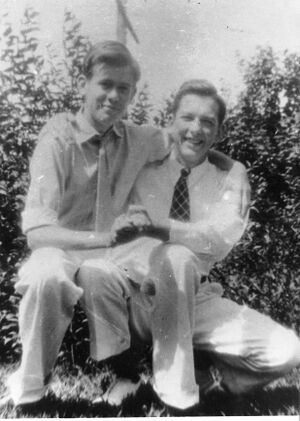 Willis Clark Conover, Jr., an early fan from New York, was interested in SF as a teenager, and published the fanzine, Science Fantasy Correspondent with Corwin F. Stickney. Sam Moskowitz wrote in The Immortal Storm:

He was a member of the Science Fiction Advancement Association and attended the Second Eastern. He was on the first (Futurian-dominated) organizational committee for the First Worldcon. (This latter may have been what gafiated him.)

Science Fantasy Correspondent brought him into contact with H. P. Lovecraft, and the correspondence between Lovecraft, who was at the end of his life, and the young Conover, has been published as Lovecraft at Last (Carrolton-Clark, 1975).

Later in life, he was a jazz producer and broadcaster on the Voice of America for over 40 years. He was therefore famous everywhere except the U.S.