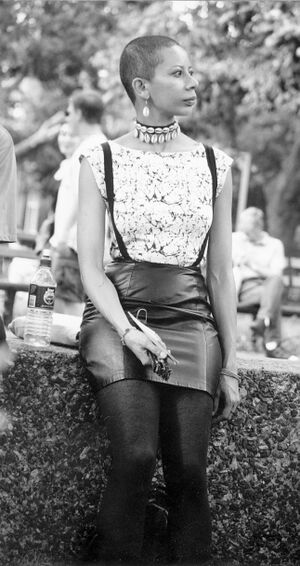 Velma "Vijay" deSelby-Bowen discovered fandom in 1981 in New York and became active in the Lunarians where she served as Secretary and worked on Lunacon.

She won TAFF in 1999 and attended Reconvene, the 1999 Eastercon. (Interesting fact: 1970 TAFF winner Elliot Shorter was her first cousin, once removed.) She was on the Corflu 7 committee.

She published Tendaberry and was a member of FAPA, A Woman's APA, Golden APA and apa-nu.

She was married until 2001 to fellow New York fan Mark W. Richards and lived the latter part of her life in Seattle with her companion Soren (Scraps) deSelby. Her adventures included modeling rubber and latex clothing, which she described in an article for Science Fiction Five-Yearly titled “A Model Fan or, Your Ass Is on the Net.”

She died after a long struggle with cancer.