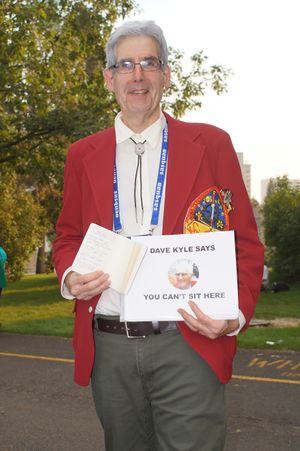 Author/editor and fan Scott Edelman has published more than 75 short stories in magazines such as Postscripts, The Twilight Zone, Absolute Magnitude, Science Fiction Review, and Fantasy Book, and in anthologies such as The Solaris Book of New Science Fiction, Crossroads, MetaHorror, Once Upon a Galaxy, Moon Shots, Mars Probes, and Forbidden Planets.

He was the founding editor of Science Fiction Age, which he edited during its entire eight-year run. He has also edited other genre magazines such as Sci-Fi Universe and Sci-Fi Flix. He also published Last Wave.

His poetry has appeared in Asimov's, Amazing, Dreams and Nightmares, and other prozines.