(Which Michael Walsh did you mean?) 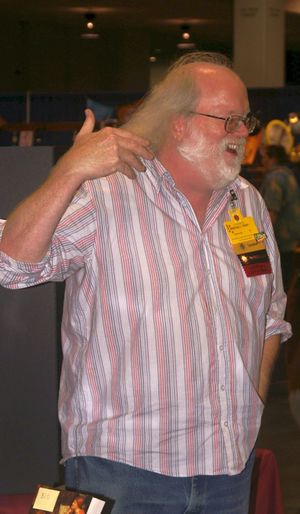 Michael Jarrett Walsh of Baltimore discovered fandom through P. Schuyler Miller's book review column in Analog and then joined Nycon III in 1967 as a supporting member. Lin Carter's "Our Man in Fandom" column led him to Mirage Press and Jack Chalker, who enticed him into joining WSFA, where he has served in a variety of offices.

His first convention was Disclave 13. He started WSFA Press. He was editor of BSFan for a time. He lived in Smof Central.

He is a notorious huckster and founded and runs Old Earth Books.

In 1993, Walsh founded the small press Old Earth Books (OEB), located in Baltimore, MD. It is a specialty publisher focusing on out-of-print and niche books, primarily SF. The name comes from the Cordwainer Smith "Lords of the Instrumentality" series. Publications have included Being Gardner Dozois by Michael Swanwick, which was nominated for the 2002 Best Related Book Hugo.