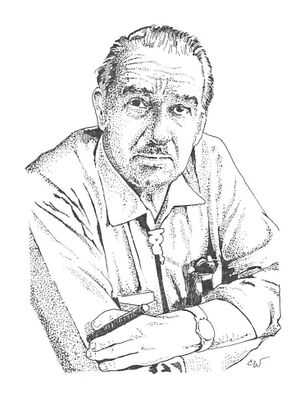 Manly Wade Wellman was a SF and fantasy writer, whose stories appeared in such pulps as Astounding Stories, Startling Stories, Unknown, and Strange Stories, but he is best remembered as one of the frequent contributors to Weird Tales.

He was a member of the Solaroid Club.

He also wrote in a wide variety of other genres, including historical fiction, detective fiction, western fiction, juvenile fiction, and non-fiction. Karl Edward Wagner referred to him as "the dean of fantasy writers."

At one time he was married to horror author Frances Garfield.