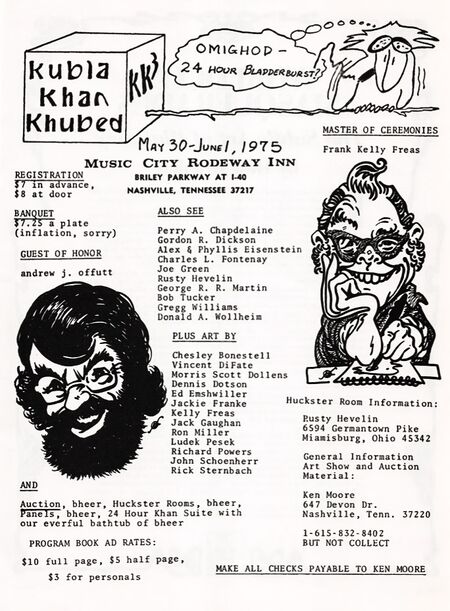 Dan Caldwell writes: The con needed more space and moved to the Rodeway Inn on Briley Parkway where it stayed for Kubla IV. The art show was already getting serious. We had no trouble selling pieces with a $150–$250 minimum bid. Several items went for well over $500. Local artist Dennis Dotson made a big impression with his color on black velvet space art, particularly "Dotson's Universe" (not the real title, which I forget), a dodecahedron about 2 feet across, of painted velvet pentagons. (A few years later Dennis moved to Texas, where he suffered a massive epileptic seizure that was not treated properly. This left him a partial invalid and unable to paint.)