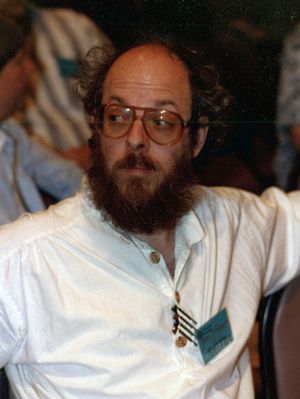 Jon Singer is a fan who is best known for being known — everybody knows Jon Singer. He’s fandom’s answer to Kevin Bacon. He describes himself as a convention fan, occasional fanzine fan, musician, and food fan.

He is an accomplished mimeograph mechanic. He and Dick Smith once did a how-to shtick called “Click and Clack: The Mimeo Brothers.”

Fanzine Activities: Gestetner Owners Bulletin. Helped produce AKOS (issued once, in 1970, by FSFSCU and has contributed variously to Rune, Mainstream, and a few others. He has also belonged to various APAs, including (but not limited to) MinneAPA, Intercourse, and APA-Q. He helped publish the Thoughtless Police Gazette at LAcon 2.