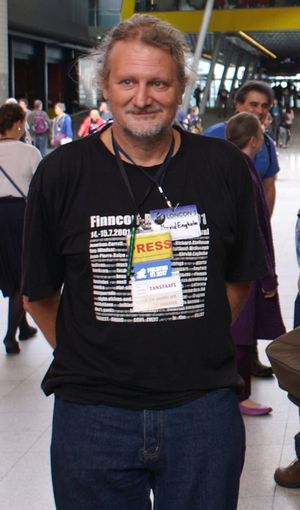 He writes a Swedish Fancyclopedia, Fandboken and founded the Baltcon. He started a Swedish sf writer's mailing list Skriva. He did two collections (in English) of Swedish fan writing, Swede ishes. He is a member of EAPA. He helped create the hoax Bob Weber. He was an agent for the Britain in '87 Worldcon bid.