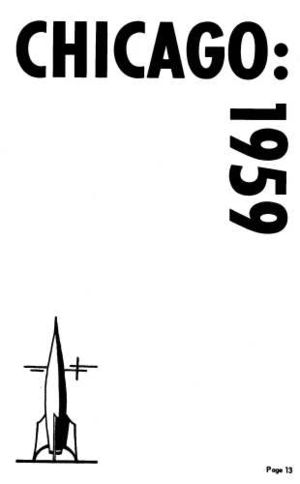 Ad from the Solacon PR 2

A Worldcon bid organized under the Chicago Science Fiction League by Earl Kemp to bring the Worldcon to Chicago in 1959. It lost to Detroit in '59 at Solacon. See 1959 Worldcon Site Selection.