This convention was named because it was bid for and run by OMPA members who comprised the committee; as usual for the UK national convention, all fans were welcome. Publications included OPMAgress and OMPAcon 73. 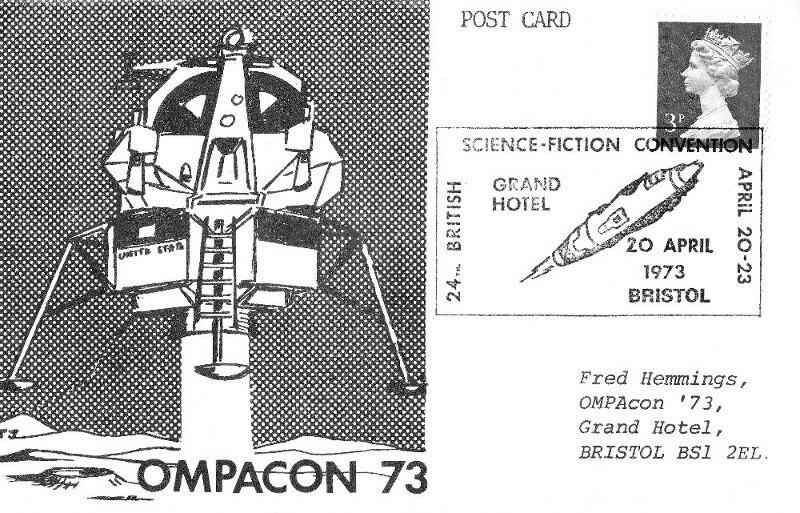