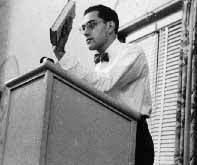 Erle Melvin Korshak (who often went by Mel Korshak in his younger days) discovered sf in 1934 with the August Astounding and became a "rabid" collector in 1937. He was introduced to fandom by his friend Mark Reinsberg and by 1939, he was a well-known fan and one of the leaders of the Moonstruck Press publishing house. He was a member of the SFL towards the end of its run.

He was one of the organizers, with Mark Reinsberg and Bob Tucker, of Chicon, the second World Science Fiction Convention, held September 1-2, 1940. He was secretary of the concom and presided over the first day of the con as "temporary chairman", when Reinsberg, the chairman, fell ill. The earliest lists of Worldcons (though not Chicon's own!) named him as the chairman, though Reinsberg was restored to that position in the list published by Discon II in 1974. Korshak would have been a GoH at Chicon 8, the 2022 Worldcon, had he lived till then.

After World War II, Korshak established a used-book business, which led in 1947 to Shasta Publishers, one of the first hardback SF speciality presses. The company's first major book was The Checklist of Fantastic Literature by Everett F. Bleiler (1948), a pioneering work of SF bibliography. This was followed by major works by Heinlein, Bester, Fredric Brown and others. Unhappily, overambitious expansion and an ill-fated effort to diversify into mainstream publishing brought the venture to an end in 1957 after many financial problems. The verdict of Jack Chalker and Mark Owings in The Science-Fantasy Publishers was that Shasta and Korshak "had more lasting impact than many major specialty presses of today ever will or could". 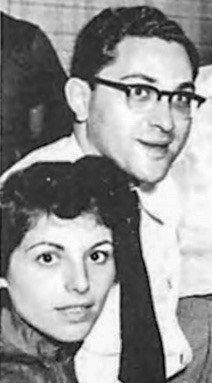 In 1950, he married Irene Odenheimer, who worked with him at Shasta, and with whom he had a son on June 1, 1952. Nevertheless, they were both on the concom for Chicon II, the Worldcon that year. They divorced by 1976.

Korshak did not have much contact with fandom after the late 1950s collapse of Shasta through the late 1980s. After graduating from law school, he became successful as a lawyer and businessman in California and Nevada. Starting in the late 1980s, he began attending conventions again. With his son, Stephen D. Korshak, he built the Korshak Collection, one of the finest SF art collections ever and revived the Shasta imprint (as "Shasta-Phoenix") in 2009 to publish collections of classic SF art. 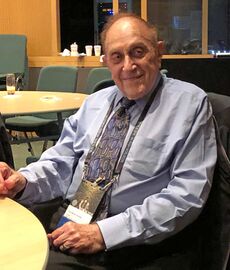 He published Putting My Two Cents In to explain why Denver won the 1941 Worldcon.

Korshak was attending cons until 2019.