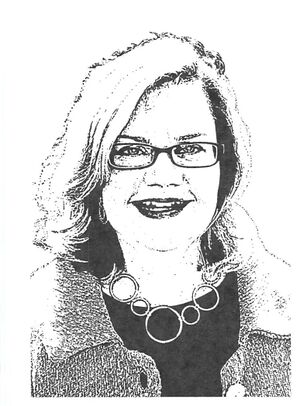 SF fan Julie Wall started her career as a teenager in Birmingham, Alabama by chairing BACHcon (Birmingham/Atlanta/Chattanooga/Huntsville) in 1983, the same year she attended her first Worldcon.

She, Charlotte Proctor and Penny Frierson also threw peach daiquiri bid parties for the Atlanta in '86 Worldcon bid for several years. After she left Virginia to return to Birmingham, she was actively involved with BSFC (the Birmingham Science Fiction Club), and chaired several Jophan Family Reunion relaxicons there.

She then chaired DSC 50 in Huntsville in 2012, leading an all-star cast she informally dubbed "The Rebel Alliance," (a reference to the fact that she, and most of her department heads, had been awarded the prestigious Rebel Award for contributions to Southern fandom).

She's been President of the Southern Fandom Confederation, Co-Editor of the fanzine Anvil, and thrown legendary parties on her own and in her guise as one of the three (self-titled) Moon Princesses.