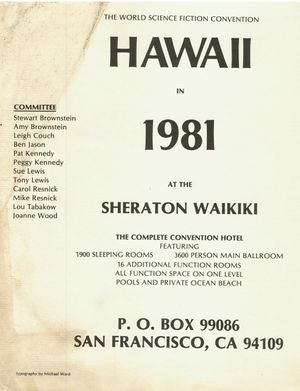 It looks like it was a serious bid, but it did not make it onto the site selection ballot. The winning bid was Denver in '81 which went on to run Denvention Two. See 1981 Worldcon Site Selection for details.