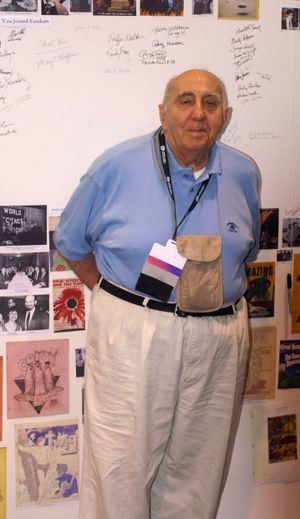 Fred Prophet served as the co-chair, with Roger Sims, of the Detention, the 1959 Worldcon in Detroit. He and Roger were appointed Conchairs Emeritus at Detcon1, the 2014 NASFiC, which both men attended.

Prior to the Detention, Prophet was active in the Detroit Science Fiction League and Michigan Science Fantasy Society (MISFITS) after attending his first convention, the 11th Worldcon, in 1953. He was a member of the Detroit in '85 NASFiC bid.