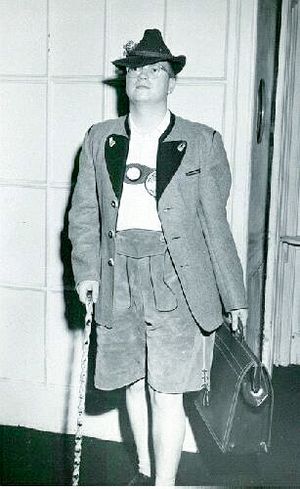 Ellis Mills at Clevention in 1955.
Photo by George Young.

Ellis T. Mills, an American fan active in the 1950s and ’60s, published Grist for OMPA, and the Ur & Xanadu Review, the latter while a technical sergeant stationed at Carswell AFB in Texas in 1959 and Lowrey Air Force Base in Denver in 1960. Earlier, he was part of the group behind Contact.

He attended a number of Worldcons, and spent a time stationed in the UK and on duty around Europe.

In the Bagby Hoax, he wrote the letter as the author’s purported granddaughter, Dorcas Bagby Whittier.