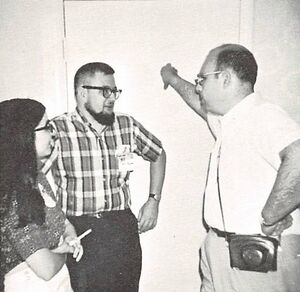 He was a member of the Fanoclasts and was involved in the Subway Incident. He published First Draft and Jargon, was co-publisher of S. F. Weekly, and helped found APA-F. An apahack, he was also in APA-L and The Cult and OE of Shadow FAPA.

Van Arnam began publishing science fiction with the novelization of Lost in Space in 1957 and went on to write a number of additional novels in the ’60s. He co-authored novels with Ted White under the joint pseudonym of Ron Archer.