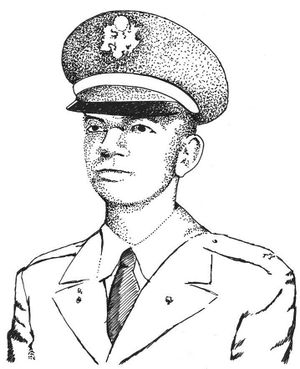 David G. “Dave” Hulan, a fan who was born and grew up in Alabama, worked in Huntsville at the Redstone Arsenal there through the early ’60s and moved to the LA area sometime in 1964-65.

He chaired the first DeepSouthCon (and hosted it with his first wife, Katya Hulan, in their home -- there were only five other people there) in 1963. He was a member of the N3F, SFG, and ISFCC. He was the US administrator for Operation Andy Capp. He was one of the founding members of SFPA.

Once in LA, he joined LASFS. Along with Ed Cox, he founded the APA Stobcler in 1965. He chaired Westercon 25 in 1972. He was responsible for starting the Ellik-Jacobs Memorial Wine & Cheese Party in 1968. He was a member of The Petards and an early and active member of the Mythopoeic Society. He was a member of APANAGE, SFPA (of which he served as OE), FAPA, and Gestalt.

After a career as an optical engineer in the aerospace industry, he retired in 1996 and moved to Naperville, IL. He was married to Katya Hulan in the 1960s and now to Marcia Hulan.