Science Fiction & Fantasy Film Convention held in Melbourne, Victoria, Australia in 1981. GoH was Robert Bloch. It ran April 17-21; or April 17-20 with an associated seminar on the 21st free to members of the convention. (The programme book cover says "April 17-21", whereas "April 17th to 20th" is stated inside.) The main venue was the Sheraton Hotel. The seminar was held at the State Film Centre, 1 McArthur Street, East Melbourne. The Organiser was Merv Binns.

A transcript of the fandom panel held on the 20th of April, prepared by James Doig from a recording by Graeme Flanagan, is included in issue 86 of SF Commentary. 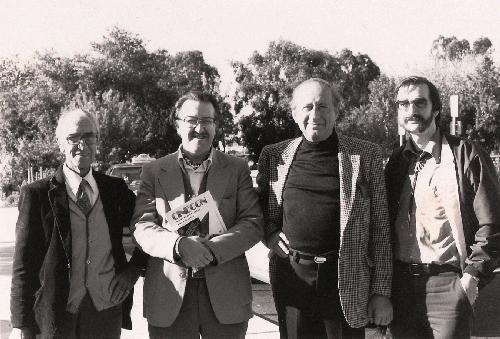