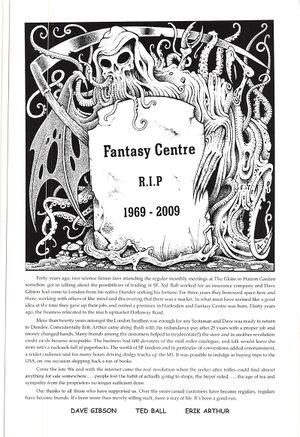 One of the greatest SF bookstores in the world, Fantasy Centre was located on Holloway Road in northern London (coincidentally quite close to the site of the fabled Epicentre.

Fantasy Centre was opened in Kensal Rise in Harlesden in 1969 by Ted Ball and Dave Gibson. A bit later it moved to 157 Holloway Road and Eric Arthur subsequently replaced Dave Gibson and the two of them managed the store until it closed on June 13, 2009.

For a good memoir, see here