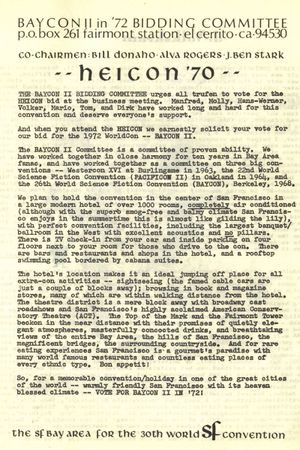 A Worldcon bid chaired by Bill Donaho, Alva Rogers, and J. Ben Stark to bring the 1972 Worldcon to San Francisco. They were defeated by LA in '72.

Amusingly, after the near heat-stroke conditions of the Hotel Claremont used by Baycon in 1968, their advertising made a big point that their hotel was 100% air conditioned.