Arthur Lionel Selikowitz, an early New York fan, attended the First Worldcon in 1939. He was a founding member of the Brooklyn SFL, joining at age 11, and on the staff of its clubzine, The Brooklyn Reporter, as well as associate editor of the International Observer.

Frederik Pohl described him as “a tall, skinny polymath who entered Rensselaer Polytechnic Institute not long after at the age of thirteen.”

In 1936, Selikowitz was director of the Albany SFL and a member of the ILSF.

He was among the youngest students ever to matriculate at RPI, according to an article about him in The Brooklyn Daily Eagle (February 16, 1936, p. 25), which called him a “genius.” He told the paper that, after chemistry, he preferred fantastic fiction: “What is termed fantastic fiction today may be fact tomorrow.”

Selikowitz went to grad school at Harvard by 1939. He apparently gafiated in the 1940s.

He changed his name at some point to Arthur Lionel and moved to Nanaimo, BC, Canada. He married Olive May Roy, and they had three children, Sally, Trudy and Rory Lionel. Olive died in 2011. Arthur was reported, in a private family genealogy, to have died on February 24, 2019, but we weren’t able to verify this information in any official records. 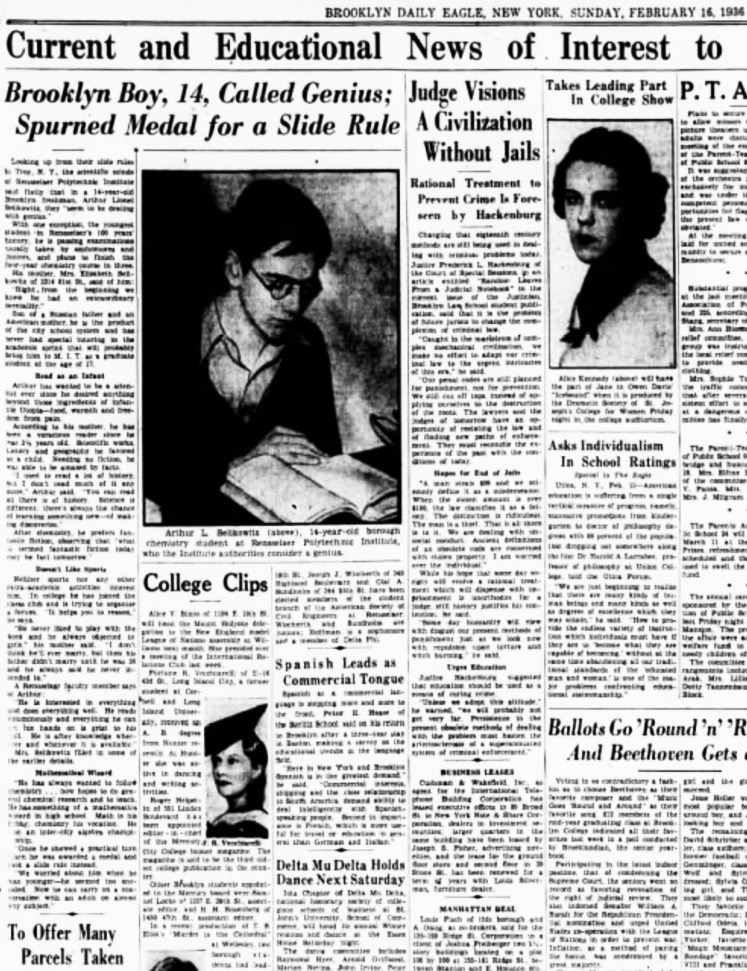