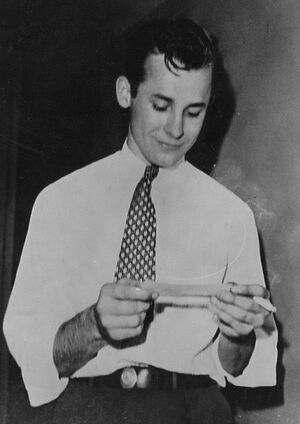 Allen Paul Class, a fan from Massillon, Ohio, attended Denvention, the 1941 Worldcon, hitchhiking all the way to Denver, arriving a month early and supporting himself with odd jobs until the con.

For his efforts, he won the $25 prize Comet Stories had promised before the con to the fan who overcame the greatest obstacles to attend Denvention. Unfortunately, Comet had ceased publication just before the con. So Robert Heinlein generously contributed the $25, and a committee of coast-to-coast fans named the winner at the banquet. 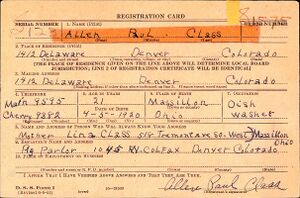 Not only did Allen Class hitchhike to Denvention, he registered for the draft in Denver and worked his way up to Corporal during World War II.

Denvention Two in 1981, in their effort to track down all the Denvention I members, incorrectly reported Class dead, without offering evidence.