Gernsback began popularizing the term science fiction in the first issue of Science Wonder Stories. In 1930, he merged the two magazines into Wonder Stories. He sold the prozine to another pulp house in 1936, and then it became Thrilling Wonder Stories, which lasted until 1955.

With this magazine, Gernsback created the Science Fiction League, the seminal sf club that led to the emergence of fandom. Its lettercolumn was “The Reader Speaks.” A letter in its August 1939 issue originated the infamous catchphrase “Goshwowoboyoboy,” quoted by Time magazine. 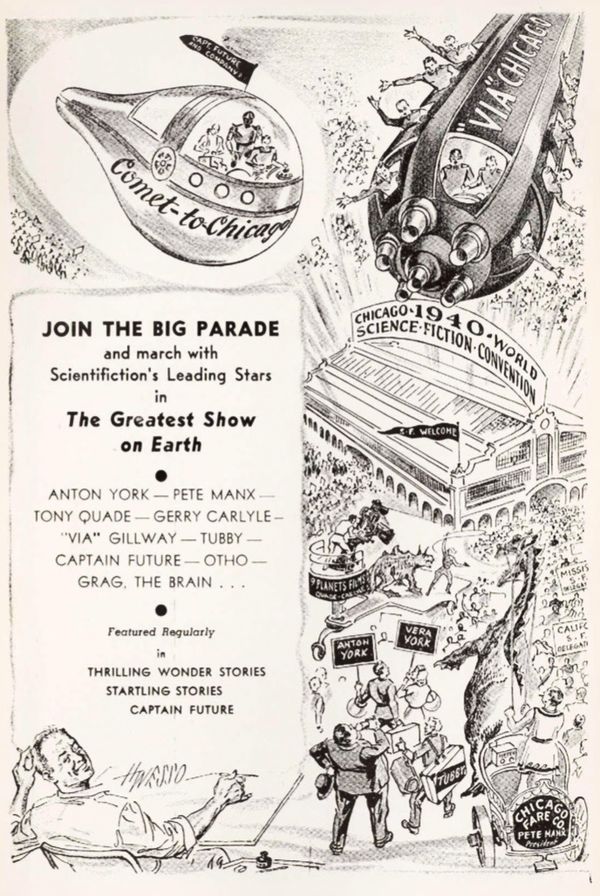