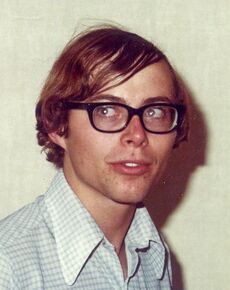 Terry Floyd got into fandom as a teenager in Austin, TX, in the 1970s, part of the group that became FACT. He was a member of Apa-50 and a letterhack.

He is married to Pamela Sue Davis.