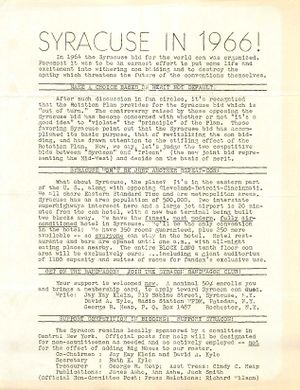 Syracuse in '66 was an an out-of-rotation bid to hold the 1966 Worldcon in Syracuse, NY. Its competition was Cleveland in '66 which won and went on to run Tricon. See 1966 Worldcon Site Selection. 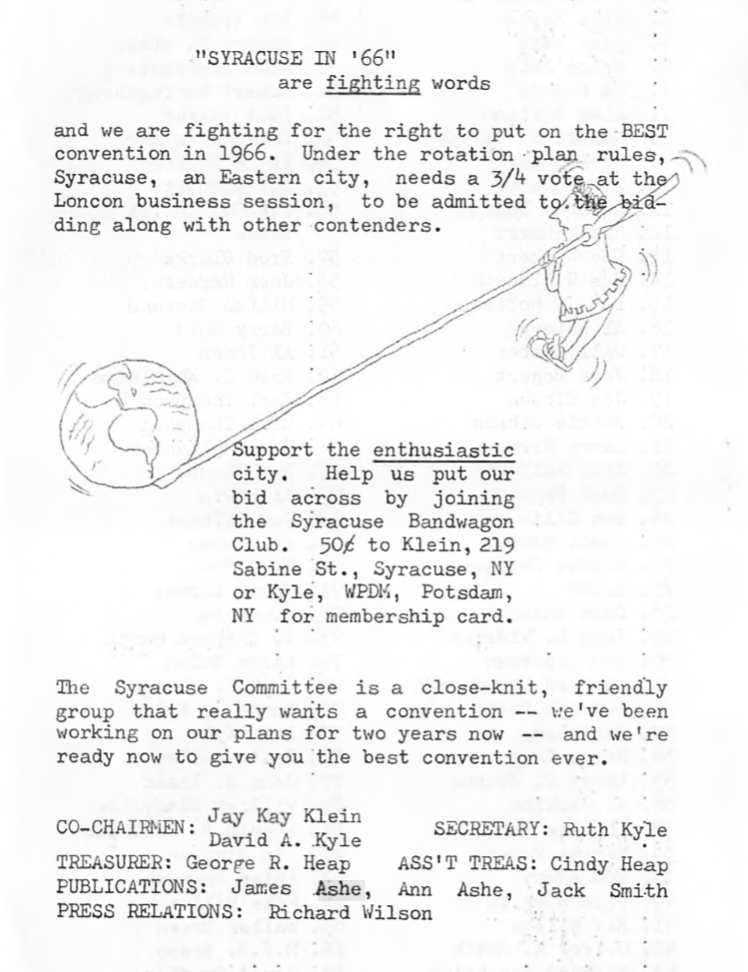